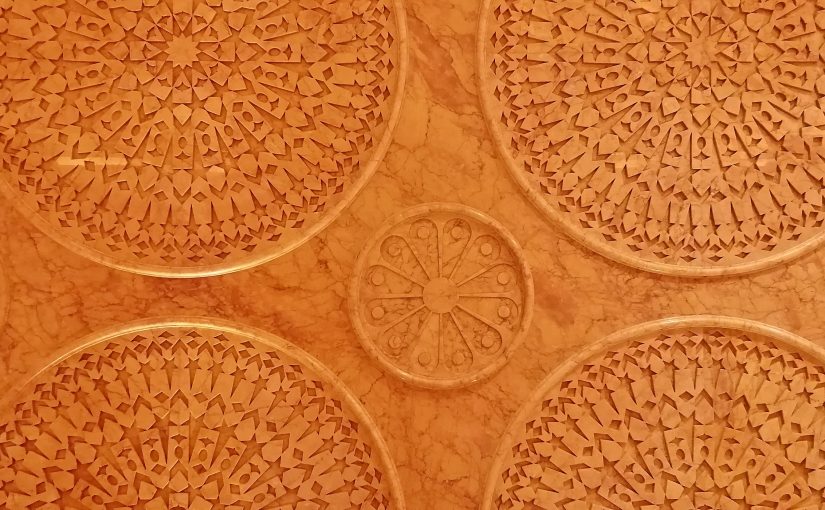 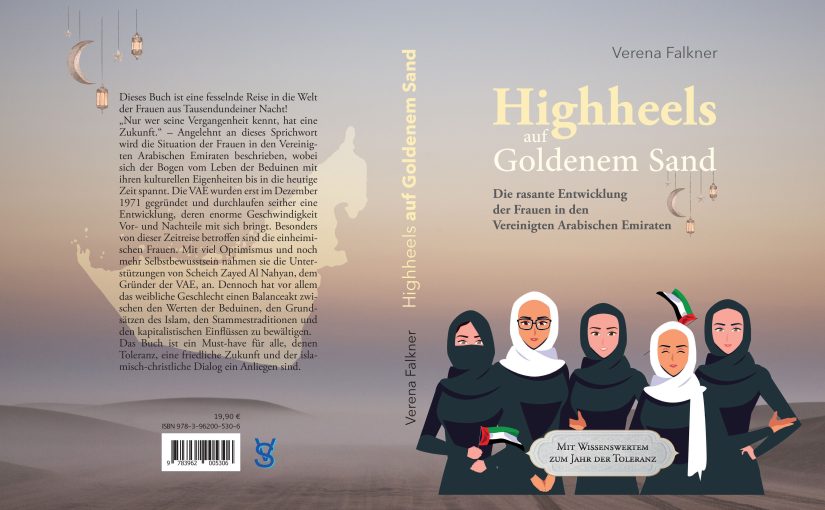 Who was Saint Valentine, whose date of death is February 14, 269?

St. Valentine was the bishop of the city of Terni, north of Rome, where Christians and non-Christians highly respected him. He is considered as patron of lovers and bridal couples.

The Roman emperor at that time required him to convert to the Roman faith. He refused and was consequently taken into custody by an imperial advisor. Valentin healed this man’s blind daughter. In gratitude, the man’s family was baptized. Valentin was beheaded and the man’s family also died.

Another legend tells that Bishop Valentin helped a couple in love to escape and get married against the will of their parents. So he is also considered to be the founder of happy marriages with “obstacles”.

Since the year 350 Valentine’s Day is celebrated on February 14th. Since the historical sources about his person are too varied and too unclear, the day was removed from the church calendar of saints at the Second Vatican Council in 1965.

However, the folk traditions on this day have been preserved.

In the Middle Ages it was believed that birds begin pairing on 14 February. This is also a possible explanation for the association of the name Valentin with lovers.

Another theory is based on the Norman word galantine (a galan is a distinguished lover). With a V, “Galantin’s Day” became Valentine’s Day.

Another origin is assumed to be the Roman festival of “Lupercalia”. The names of young girls were written on pieces of paper and raffled among the boys. This way they could easily be accompanied for the next year, or at least for the feast day.

In France, Belgium and England, since the end of the 14th century, young couples have been chosen by lot as Valentine and Valentine for each other. Through an exchange of gifts, they were connected with each other until the next Valentine’s Day, similar to an engagement.

In England at the same time there was the belief that the first person of the opposite sex, which you see in the morning of February 14th, is the only and true love.

In the 17th century, the custom developed in the Anglo-Saxon world of sending home-made Valentine’s cards to one’s loved one. In the 18th century the first commercial greeting cards were produced.

“Through the flower”, wishes, requests and hopes could be articulated and, over time, a secret language developed. Not only the colours and varieties, but also every single detail of a bouquet was given its own meaning. These codes are still valid today. They were regionally different and complicated like a foreign language, so that soon separate dictionaries were written about the language of flowers. In the meantime, it has become part of the language and general knowledge that red roses say “I love you”.

Lady Mary Wortley Montagu wrote in the 18th century, in her “Letters from Istanbul”, about the meanings of individual flowers prevailing in the Orient. Charlotte de Latour wrote in 1829 in her book “Die Blumenpracht oder Symbolik des Pflanzenreiches”, about the hidden eroticism and language of flowers. A language that is still relevant regardless of WhatsApp and SMS.

In the past, the Christmas season ended on 2 February. On this day the Catholics removed and cleared the nativity scenes and the Christmas trees. From the modern daily life the celebration has almost disappeared.

Until 1969 this day was called “Mary’s Devine Purification” in the Catholic Church. According to the rules and customs of the time, a woman was considered unclean 40 days after giving birth to a child and had to bring a purification offering at the temple 40 days after the childbirth. The sacrifice was usually a pair of lovebirds. Since Jesus was the first-born son considered the property of God. So he too was “represented” and ” released” by his parents in the temple before God. This is why Mary’s Candlemas is also called the “Feast of the Presentation of the Lord”.

Mary and Joseph, the parents of Jesus, met there the aged Simeon and the 84-year-old prophetess Hannah, who recognized and praised the child as Messiah (The Anointed One). Hannah confirmed the prophetic speech of Simeon, who trusted that he would not die until he had seen the Messiah. Even today, the following is read out in the service on that day: The old man sang the praises of the child and praised him as the Messiah: “For mine eyes have seen thy Saviour whom thou hast prepared before all nations, a light that illuminates the Gentiles, and glory to thy people Israel”.

Hannah had a difficult life behind her. Seven years after her marriage she became a widow. For a childless and widowed woman it was difficult to find a place in society at that time. So from that time on she was dependent on the support of the community. Hannah decided to live a life of fasting and praying in the temple.

Since the liturgical reform of 1970, the Christmas season in the Catholic Church ends on the Sunday after Epiphany, which is celebrated on January 6th. Since 1997, February 2 is also considered in the Catholic Church as the “Day of Consecrated Life”, a day of thanksgiving and petition for those who place themselves entirely at the disposal of God.
Until 1912, for example, 2 February was a public holiday in Bavaria.

February 2, was also of great importance in the peasant year and was considered the date for payment and interest. On this day the maids and farmhands could sign up with their employer anew or change their employer or farm. The employer was informed that he wanted to change to Martini (11 November) at Candlemas. The salary, in the form of money or in kind, was paid on 2 February. Usually it was the only day of the year when the wage was paid out. Often the maids received a new smock and the servants a pair of new shoes. The service book was also returned to the employee. It often read: “Till Candlemas has served faithfully.”

The servants often had to part with their small livestock (such as chickens, pigeons or rabbits) when they changed, because not every farmer allowed his servants to keep them. Consequently, many animals were sold at animal markets on this date. In the Upper Austrian town of Wels the Glanglmarkt (glangln is a dialect word, meaning to move around) still takes place today. It is Austria’s largest small animal market with more than 10,000 animals and is visited every year by numerous visitors and buyers.

The new service and the new peasant work year started on the day of St. Agatha, February 5th. The days in between were called “Schlenkerltag” or “Schlenkerlweil”. Celebrations were held and family visits were made until the new service began.

On the occasion of the Candlemas, the consecration of candles and wax is also celebrated in the Catholic Church. The candles for the consecration often used to have certain colours: besides the everyday candles, the soul candles for lighting for the deceased were coloured, the weather candles as protection against approaching storms and thunderstorms were black and the rosary candles used for praying the rosary were yellow. Symbolically, the feast and the associated procession of lights was also a sign that the days were getting longer. The vernacular draws a bow from St. Martin’s Day on November 11 to Candlemas: “Martin light the light; Mary blows it out again.”

The festival was probably taken over, as well as the procession of lights – from the Orient.

The 4th of December is the commemoration day of Saint Barbara of Nikomedien. She was, according to one of the many legends, locked in a tower in the 3rd century in Nikomedia (Asia Minor) by her father Dioskuros, a rich businessman, and later beheaded because she refused to marry a disbelieving husband. According to the legend, on her way to the tower her dress got caught in a cherry tree and broke a branch. When Barbara, arriving in her prison, noticed the withered cherry branch, she began to wet it with drops of water. On the day of her death the branch is said to have blossomed.
According to custom, on the day of her death, December 4, cherry branches are brought into the house and placed in a vase. When these blossom at Christmas, then happiness and positive things will hold retreat in the coming year.

It is also reported of a love spell: Loved women set up a cherry branch for each admirer. The branch that begins to blossom first points to the future husband.

The 4th of December is also the anniversary of the death of the famous poet Hakim Abul Fath Ghiaseddin Omar Khayyam, briefly called Omar Khayyam (Omar the tentmaker). He lived from 1048 to 1131 in Nishabour, a town in the Persian province of Khorasan. He was an important mathematician, astronomer and jurist, a mystic and universal scholar of his time. The modern Iranian calendar is based on his calculations.

Omar Khayyam also gained fame as the author of the poetry and poembook “Rubaiyat”. A Rubai consists of only four lines, whose characteristic is the rhyme game, which brought Khayyam to perfection. The first, second and fourth lines end in the same rhyming sound, while the third line remains rhymeless. The scheme is called ‘aaba’, and is one of the oldest forms of Persian poetry. The Rubai often ends with a surprising twist that makes you think, and each Rubai is a self-contained work.

Edward Fitzgerald (1809-1883), an English poet and writer, was enthusiastic about Khayyam’s Rubaiyat and translated it with a very free adaptation and selection of verses. His version is considered as a classic of English literature.

I spent almost 3 years in Azerbaijan, in its capital Baku and the city of Lankeran in the south. During this time I was able to enjoy the generous hospitality everywhere and got to know and appreciate the country and its people. It was a wonderful time, full of impressions and experiences that I do not want to miss.

Here is my reading and film advice for you, which fits well to Valentine’s Day: “Ali and Nino”.

The famous romance novel is set in Azerbaijan, the crossroads between East and West and in the capital Baku, the city where Orient and Occident converge.

It is about the love between the young aristocrat Ali Khan Shirvanshir, the first born of an important Muslim family, and the Georgian Christian princess Nino Kipiani, who also comes from a famous family. Ali falls in love with Nino from the very first moment. Although they belong to different religions, they overcome all difficulties and marry. The romance takes place against the background of the First World War and the Russian Revolution in Azerbaijan.

The film impresses with wonderful shots, with incredibly beautiful landscapes and a great, gorgeous romance.

The famous love story “Ali and Nino” was written by Kurban Said, a stage name which probably conceals two people: the publicist Baroness Elfriede von Ehrenfels, born von Bodmershof, and the Viennese coffee house writer Lev Nussimbaum, born in Baku in 1905. The novel’s intensity is probably due to Nussimbaum’s life story. He converted to Islam as a Jew and is said to have taken the name Essad Bey after his convert.

When the novel first appeared in Vienna in 1937, it quickly became a bestseller. Because of the forbidden topic ‘love across ethnic borders’, its success at that time was almost a scandal. The novel only reappeared in the seventies, as a translation into English.

The novel was translated into 33 languages. It was filmed in 2015 and premiered in early 2016.
The filming took place at different locations like Baku, Gobustan, Khynalyg, Ganja and Gadabey.
In Azerbaijan, the book “Ali and Nino” is equivalent to a national epic.